Billy Milligan was a man known in the 1970s for living with multiple personality disorder. He claimed to have 24 different people in his head. The world has found out about Billy in the 1980s, after the book by Daniel Keyes, The Minds of Billy Milligan, came out. 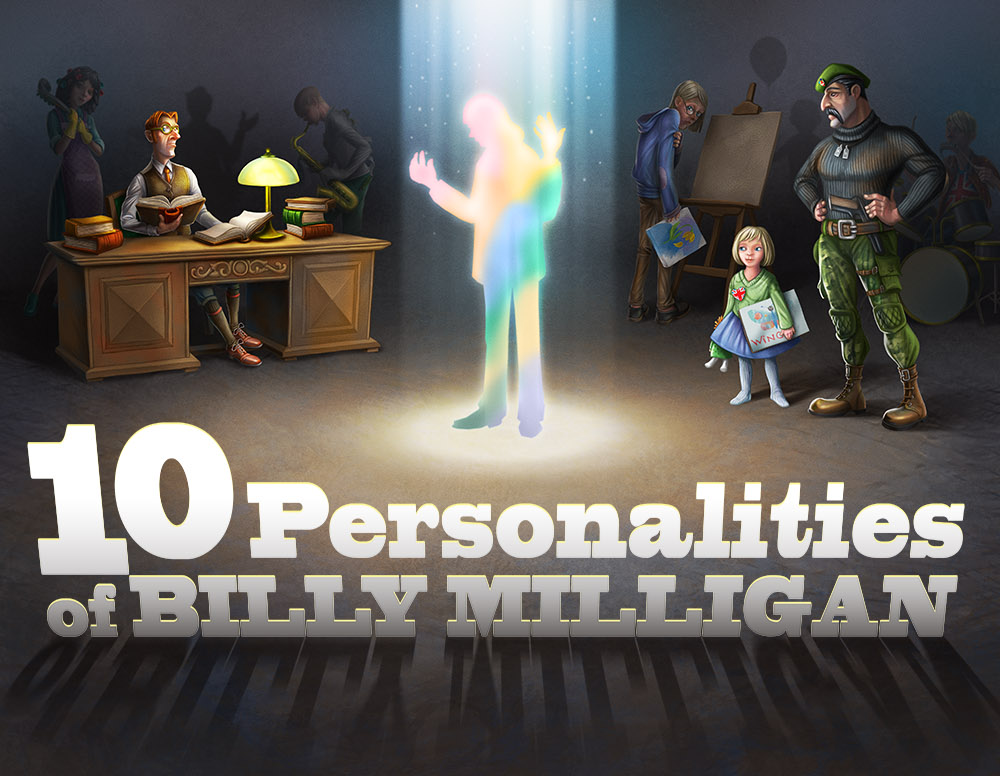 From a college student who writes essays to a pro writer, every person struggles for recognition.

Recognition is among the basic human instincts, so if you believe that dependence on others’ opinions is beneath your dignity, please press CTRL+W. (And if you are a writer crafting masterpieces with zero hassle, a small ‘x’ at the right top of this tab is for you.) 🙂

For those open to fresh thoughts and creative ideas, welcome:

Thanks to the above-mentioned Billy Milligan, I’m here to share a remarkable story precipitating the unique technique we can use for writing ideas’ generation.

So, here it goes: The phenomenon of multiple personalities (MP).

Google calls it a mental disorder.

Important: My goal is not to represent MP as another category for a freaks show. I consider it one of the most surprising phenomena of the human mind, because:

But MP proves that, living in the 21st century, we still underestimate the human brain capabilities and still have tons of mysteries to reveal in the future. This paradox lies on edge between fiction and non-fiction. And that’s why it captures readers’ attention, imagination, and excitement.

Who is Billy Milligan?

Billy Milligan is one of the most well-known people with MP in history. He was the first one who used MP as a defense to get acquitted of a grievous crime.

The big chances are that you’ve already read The Minds of Billy Milligan, the all-time non-fiction novel by Daniel Keyes. This book is the first proof of an MP theme’s attention-getting value: It was translated into at least 14 languages and sold 3 million copies.

In 2015, Hollywood Reporter announced that Leo DiCaprio would play Billy in a new movie, The Crowded Room. It meant that he would play all 24 personalities himself! There was even a joke that DiCaprio would get Oscar for the Best Performance by an Actor in a Supporting Role for costarring himself.

But the more intriguing fact was that DiCaprio took lessons from Billy Milligan back in the 1990s (Billy passed away in 2014) on behaving as an MP.

Instead, we’ve got Split (2016) with equally talented James McAvoy as a protagonist, which is another proof that a multiple personality disorder continues its march as a big idea for writers, filmmakers, artists, and other creative people worldwide.

We’ve prepared an infographic featuring Billy’s ten most active personalities. Who knows, maybe Leo will use it as a cheat sheet and return to the idea of playing them?

It is tough to believe all these personalities could fit in one Billy. But it’s true. As mentioned before, his story is non-fiction. It makes me wonder why do we see Batman 10 and Spiderman 12 on screens while there are dozens of untapped stories which are definitely worth our attention?

(Hint: It was the idea for writers and scripters.)

The phenomenon of MP gives plenty of extraordinary ideas for storytelling and narratives. Here go just a few:

Every question is a new story, and I’m sure you can come up with yours. Please don’t hesitate to share all of them in the comments.

And why not use Billy Milligan’s personality as a topic idea for your next critical or personal essay? 😉

3 thoughts on “Billy Milligan Case: What Can Writers Take from It?”